The game of snooker has come a long way since the days when it was played only by British Army officers in their Indian barracks, back in the 1870s. The modern sport is a multi-million pound industry, attracting huge television audiences for all its major competitions, especially in China, in a sign that its popularity is on the up in the continent where it was first devised. Although you might think that the basic equipment with which snooker, or for that matter, pool or billiards, is played has not really changed over the last 100 years or more, that wouldn’t be quite accurate.

The raw materials used in creating the standard table are the same – hardwoods, slate, rubber, steel – but the industrial techniques and equipment used to process those materials have in some cases changed out of all recognition. For example, if you’re looking to buy slate snooker tables from a quality manufacturer like Riley Snooker International, then you’ll be looking at tables made using only the very best Italian slate, which will have been laser-cut for precision. Each table is formed from five pieces of slate taken from one slab, creating a superb playfield – so, no more excuses for wayward pots! 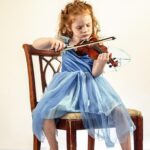 © Des sites à connaitre.
We use cookies to ensure that we give you the best experience on our website. If you continue to use this site we will assume that you are happy with it.Ok